Sites of activity / On the edge

The 2008 ACUADS conference and its publications are the result of a combined creative and administrative feat. This combination bears testimony to one of the main challenges of academia today: how to produce creative work when struggling under an ever increasing administrative load. Indeed it is this specific climate of pressure, constraints, parameters and ‘research outcomes’ that gave rise to the theme for the conference and its ensuing publications.

The theme, ‘sites of activity / on the edge’ emanated from a lively discussion between myself and Kay Lawrence regarding the need for a theme that would stimulate our colleagues in art and design to submit papers that went beyond the norm.

The only way to do this is to suspend the prerogatives of normativity and operate outside of its centre. Perhaps coincidentally, perhaps not — but I was reading Judith Butler at the time and felt the precarious nature of life and its balance most keenly in respect to being a responsible academic and an ethical educator. Despite Butler’s feminist voice in Precarious Life, it is a voice that is transcendent of fixed subject positions and one that speaks to all who can listen. Activism, cannot and does not take place in an overstated homogeneity. In this vein, creative activity needs space to breathe and grow free of the oppressive rhetoric of institutions and the demands of disciplinary imperatives. It is therefore not in circumscribed spaces that new art and design can develop. It is on the edges. These edges are like borders of vulnerable territories — where tragedy and humanity come together to find solutions for survival.

… what was once thought of as a border, that which delimits and bounds, is a highly populated site … 1

So in our deliberations prior to putting out a ‘call for papers’ we arrived at a place that is not ‘a place’ in mainstream language. It is a perimeter space bustling with creative people who produce the most exciting work by stepping outside of the panopticon’s range.2 The conference itself was a testimony to some of that activity but it is now in reading the refereed, edited versions of written papers that this contribution can remain lasting. There are nineteen papers that address the varied fractures of the ‘edge’ as espoused in the sub-themes of: boundaries; spaces; identities/subjectivities; movement; vitality; transcendence/immanence; collaboration; connection. The papers also engaged with the major question posed in the call for papers, i.e. ‘how does art and design teaching foster edgy research?’ Rather than introduce them alphabetically I will discuss the papers in clusters that shared similar sub-themes.

Two papers focus upon a big-picture of ‘boundaries’. In the face of what has been said above, Ross Woodrow controversially challenges cross-disciplinary imperatives and with the illustration of telling case studies, he shows how researchers in the creative arts can disadvantage themselves by displaying too many transferable skills. Woodrow notes that creative/ artistic talent can be colonized and simultaneously stifled by people outside of this realm (e.g. scientists). Donald Welch’s paper speaks to the popular notion of ‘creativity’ as an element that can be an integral part of any research, however until it is recognised and packaged as a course/subject it is difficult to incorporate creativity into research for a wider audience because of its feted esoteric reputation. Papers that follow on most closely to Woodrow’s and Welch’s are those of Veronika Kelly and Keely Macarow (co-author Philip Samartzis). Kelly is concerned with the ability of visual communication to communicate. She argues that this can only be meaningfully done if the work has resonance with human beings in everyday life. Kelly’s paper on resonance in design addresses vital issues of inclusion and sensitivity in an ever shifting societal framework. Macarow and Samartzis’s paper links neatly with this incorporative aspect by drawing upon the nature of collaboration between students, artists and industry in terms of experiencing and relating to spatial aspects of the world. For example the authors refer to the annual Melbourne festival ‘Liquid Architecture’ and projects designed for St Vincent’s Hospital, also in Melbourne, showing the capacity for sound art and designed environments to foster ‘well-being’.

Another theme that emerged out of responses to the initial call for papers and roundtable discussions is that of ethics in research practice. Using the Situationists as a reference, Liam Dee provides a tantalizing critique on the non-use of ‘radical’ theory, positing that there is a disjuncture between prevailing pedagogies in the institutionalised university, which tend to foreground a vocational rather than a theoretical direction. In contradistinction to this my own paper tries to show how the university’s seemingly overbearing bureaucracy can be used to advantage when learning the rigours of research and ethical compliance. Terri Brooks, James Stillitoe and Allan Mann enter into this arena by addressing social issues and ethical decisions that need to be made even before the type of research is decided upon. These authors point out the need to contribute to a lessening of resource depletion and draw upon Australian capacities to make-do.

Papers that lead on from the attempt to ‘comply’ and yet remain creative include Ian White’s ‘Squeezing a right-hand foot into a left-hand shoe’, where he tells of the struggle that Australia’s ‘Creative Industries’ are experiencing in terms of catching up to countries like the U.K. White points out some strategies for ‘closing the gap’ and making more efficient use of art and design students and educators. In addition to industry taking on creative impetus, technology, which can be seen as industry’s sibling, also impacts upon what is and is not creative. To this end, Ashley Whamond’s paper highlights the ‘mass-amateurisation’ of design and art as a result of the digital era. Whamond shows how some of these practices which operate on the cusp of newness, provide a lively impetus for edgy practice that are a necessary challenge for art and design education within universities. Veronica Wain’s paper adds a very human dimension to the complications of conformity by addressing the sensitive terrain of visual representation amongst children burdened with the label of ‘disabled’. She portrays the personal story of her own child in the lens of the camera and enters into the ethical dimension of boundaries in such representations.

Being outside of mainstream, has never been easy and as Niki Kalms announces in her opening statement ‘It is difficult to be a feminist nowadays’. She looks into the ambiguities of expressing the sexualised female body as both emancipatory and imprisoning. It appears that whilst ambiguity offers opportunities for artistic representation and public interpretation, it is also a fluid space of representation that can be colonised for reasons that counter gender equity and equality in general. Jude Adams addresses this very issue in relation the contemporary nature of the art school: — its staff, courses, career impetus, curriculum structure as well as imperatives passed down from the university hierarchy. Referring to literature on the subject, Adams points out the continuing contradictions between being an artist, a woman and an art educator. She writes an incisive and eloquent appraisal of the gendered university art school with its ‘liminal’ and ‘interstitial’ spaces, suggesting that ‘life issues’ can effectively be brought into such spaces to facilitate cross fertilisation and critique.

The continual push and pull of ostensibly ‘outside’ prerogatives and the nature of creativity within3 is evident in the majority of papers however, Susan Ostling’s ‘What can we say about the world out there?’ directs her interrogation single-mindedly to this struggle. Ostling’s paper highlights the disjuncture of preparing students for professions outside of the university whilst teaching them to do so inside the university’s conventional lecture/tutorial structure. Learning, suggests Ostling, takes place when organised structures and assessment practices are opened up. There is a prevailing need to both fit in and be different, something that Gjoko Muratovski also highlights in his paper on identity formations. He emphasises the relationship between branding and image in terms of both nations and corporations. This is similar to the way in which individual identities are played out, as evidenced in Christopher Crouch’s deeply engaging paper. Crouch articulates the way in which meaning emerges from a critically self-reflexive approach. In so doing he refers to the challenges facing postgraduate students and their supervisors in the visual arts regarding the danger of self congratulation and celebration. Citing Oscar Wilde’s statement that ‘everyone [has] the right to talk about themselves as long as they [are] interesting’, Crouch draws upon the fluid modernities espoused by Zygmunt Baumann in the wake of Anthony Giddens. It is this allowance, this passage of passing both ways — in and out of self and world — that Crouch writes so elegantly about. He brings the notion of performing identity through the art work into the realm of revised subjectivities in social environments.

So much is in flux, and the edges upon which art and design dance their steps is nowhere more transient and ephemeral than on the ‘digital divide’. This ‘divide’ is precisely the subject of Mary-Jane Taylor and Coralie McCormack’s paper; here the act of giving and receiving meaningful feedback to design students is explored. Taylor and McCormack reveal the potential of voice recorded downloadable feedback. The authors delve into the subtleties of listening at a time and in a place where students feel quiet and unthreatened by the live face-to-face traditional group studio critique. Consequently it is themes, subjects and particularly methods, which need constant re-invention. Greg Hughes shows how old (analogue) and new (digital) methods combine to keep creativity alive in the studio classroom. Hughes also reveals how new-media theory and contemporary manifestations of science (Susan Greenfield) are catalysts for maintaining open pathways for conversation and research. Katja Fleischmann similarly emphasises the need to keep moving across divides. Advocating an approach of collaboration and multi-disciplinarity, Fleischmann writes sensibly of these terms, which are unfortunately fast becoming mainstream rhetoric. She emphasises the benefits of real cross engagements and creative conversations rather than paying lip service to an institutionalised education that makes the exciting dull by moving the edge back to the centre.4 Drawing upon a model for teaching and learning at James Cook University, Fleishmann shows some of the results of radically integrating the curriculum. Nicola Kaye and Stuart Medley write about their initiative to combine art and design visuality in a ‘context-centred graphical news magazine’. This lively project promises to give credence to the collaboration mentioned above. These authors show that working in the cracks and shadows brings the inequality of globalisation into focus.

The borders of ‘being’, i.e. the ontological state of operating and producing work that is neither inside nor outside but on the boundaries of belonging — such is the nature of precarious creativity. If the activity that takes place on these precipices of power can give face to the faceless then humanity is being served by art and design in a way that cannot be defeated.

As much of this editorial has been a summary, I will end in a way that I tell my students not to (with a quote). At the beginning of this editorial I explained how Judith Butler’s insights on the liminal and marginal had contributed to the theme of the 2008 ACUADS conference. I especially noted her emphasis upon the precarious positioning of those who are not included and subsequently lose all agency, however the papers in this series go some way to reclaim the borders as alterity with a creative imperative. 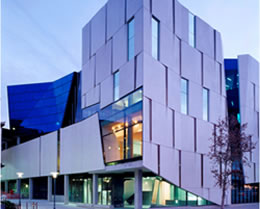 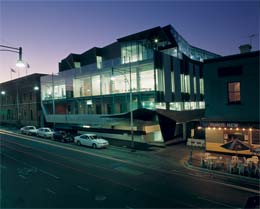