ACUADS is thrilled that T’ai Smith will be Keynote Speaker for the 2017 ACUADS Conference: Value. The abstract for T’ai Smith’s presentation is below, and please follow the link to this fantastic video.

The notion of value is a contentious term in the field of political economy, stemming largely from the unresolved theories of Adam Smith, David Ricardo, and Karl Marx. As this concept has been applied to art, both value and art have suffered further misprisions. It is not just that art is unlike other commodities; that art’s value is qualitative, not quantitative, as many artists and Marxist critics contend; or that its value is largely symbolic, as Pierre Bourdieu notes; or that, as David Beech argues in Art and Value (2015), art’s relationship to capital is “exceptional.” (Traded in an art market whose emergence is rooted in 17th-century mercantilism, Beech points out, art’s value does not come as surplus from the factory owner’s exploitation of productive labour.)

Rather, I posit, misprisions about art and value stem in part from its overlap, after the mid-19th century, with a different sector of the economy—the not-quite-industrial mode of production of fashion. At this moment, the art world’s “products” were increasingly mediated by the temporal logic of the fashion cycle—that is, as design, marketing, and speed catalyzed the value and brand of the so-called avant-garde.

This paper will begin by reexamining the language and temporality of value identified by Marx in several passages from Capital, Vol. 1, and also look to scholars, like David Harvey, who have unpacked his terminology (use value, exchange value, and the value form). Further, by considering this language alongside the history of fashion’s temporal modes and means of readymade production since the 1860s, I seek to reposition the (social) relationship between time, work, and value in creative practice today. 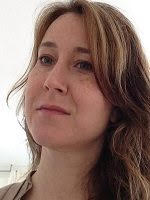