The Australian Council of University Art & Design Schools (ACUADS) is the peak body representing tertiary art, crafts and design education in Australia. ACUADS was established in 1981 as the National Conference of Heads of Art and Design Schools (NCHADS) as an association of heads of departments, schools and colleges of art and design. The change of name in 1994 to ACUADS reflected the location of art and design schools in the National Unified System of Australian Universities. In 2003, membership was extended to include other major TAFE institutions offering degree courses.

ACUADS plays an active role in shaping quality education for artists, crafts practitioners and designers. The organisation addresses issues affecting the sector, and is concerned with the status of the visual arts and design industries in the wider economic, social and cultural development of Australia.

ACUADS is a founding member of the Council of Humanities Arts and Social Sciences.

The aims of ACUADS are:

Membership of ACUADS is open to the senior executive of the academic unit (faculty, school, department, institute or college) responsible for teaching , research and management of higher education art and design courses where the central objective is the education of artists, crafts people and designers. The ACUADS Executive Committee is formed by election of members at the Annual General Meeting by and from the members of the Council.

ACUADS offers participation to the wider art and design sector by co-ordinating a theme-based annual conference (with rotating locations throughout Australia) as part of its professional development responsibility. In 2004 the ACUADS Annual Conference was held in Canberra from 23-25 September. The Conference was conducted as a collaborative effort between the ANU School of Art (Professor David Williams, Convenor and Chair of ACUADS), University of Canberra (Professor Craig Bremner) and the Canberra Institute of Technology (Dr Barry Roantree). As the organising committee, this group had carriage of the conference and paper publication processes.

The theme of the conference was Art and Design Update: new policies – new opportunities and papers were called for under four headings:

A total of 22 abstracts were received resulting in 15 full papers considered eligible for the referee process. These papers were forwarded to anonymous independent peer reviewers in related academic fields for refereeing. Following receipt of referee comments, the organising committee recommended 13 of these presentations go forward to formal presentation at the conference.

These on-line items are static and unchangeable, and published by agreement with the ACUADS Executive Committee.

Professor Tony Jones was appointed President of the School in 1986, previously he had been Director of the Glasgow School of Art in Scotland. He received a Crown appointment as Rector of the Royal College of Art, London, in 1990. In 1995 he was invited to return to Chicago as President and Co-CEO of the Art Institute. He studied sculpture and painting at Goldsmiths College London, the Newport College of Art, and was a Fulbright Scholar to the US to complete post-graduate work at Tulane University in New Orleans.

He has published several books on his specialty interest in Architecture and Design, notably the work of Charles Rennie Mackintosh, and the Celtic Revival movement. He wrote and presented & television programmes for the BBC, the most recent a four-part series on contemporary artists working in Wales. He was appointed a CBE for services to international education in 2003.

Professor Chubb was a member of a 1989 Ministerial Task Force, and between 2000 and 2002 he served on the Prime Minister’s Science, Engineering and Innovation Council. He is a serving member of the Foreign Affairs Council, and is a Director of the Australia-New Zealand School of Government.

Professor Chubb is active in the Australian Vice-Chancellor’s Committee – as a member of AVCC committees, on its Board, as Deputy President and then in 2000 and 2001 as President. He is presently the Chair of the Group of Eight universities. He also served in various capacities on the National Health and Medical Research Council and the Australian Research Committee.

Professor Chubb began his university career as a neuroscientist. The recipient of a number of academic awards and named fellowships at the University of Ghent and Oxford University, he returned to Australia to take up a position in human physiology at Flinders University in 1977. He has published widely and has taught science and medical students at undergraduate and postgraduate level, and supervised research students.

In June 1999, Professor Chubb was made an Officer of the Order of Australia for his services to “the development of higher education policy and its implementation at state, national and international levels, as an administrator in the tertiary education sector, and to research, particularly in the field of neuroscience.” In April 2003 he was awarded the Centenary Medal for service to Australian society through tertiary education and university administration.

Malcolm Gillies took up the position of Deputy Vice-Chancellor (Education) at The Australian National University in January 2002. He was previously a Pro-Vice-Chancellor at Adelaide University, responsible for faculties of humanities and social sciences, and the professions. During 1998-2001 he was President of the Australian Academy of the Humanities and also President of the coordinating body of the learned academies, the National Academies Forum.

Professor Gillies was a National Undergraduate Scholar at The Australian National University and graduated with a first-class honours Bachelor of Arts in Classics in 1978. He had previously studied music performance at The Royal College of Music in London, and during 1978-81 returned to Britain as a Commonwealth Scholar to study undergraduate Music at Cambridge University and then postgraduate Music Theory and Analysis at King’s College London, from which he holds a Master of Music and PhD degree, both specializing in the music of eastern Europe.

Professor Gillies has authored or edited a dozen books about twentieth-century music. For many years he was a music critic for The Australian, and is general editor of Oxford University Press’s Studies in Musical Genesis and Structure series.

Dr Ian Howard is currently Dean, College of Fine Arts, University of New South Wales. Trained as an artist and art educator, he has a Diploma of Art Education (Sydney), Graduate Diploma of Advanced Studies, Film and Television (London) and a Master of Fine Arts (Montreal). Professor Howard has taught extensively at secondary and tertiary levels in Australia, England, USA and Canada, has practised as an artist since 1968 and has worked nationally and internationally, exhibiting widely. His practice concentrates on the theme of the relationship between Military and Civilian populations, and their material and symbolic products.

Dr Mandy Thomas is Executive Director, Humanities and Creative Arts, Australian Research Council. Prior to her present position she was Deputy Director of the Centre for Cross Cultural Research at ANU. She is an anthropologist with extensive experience in the fields of migration, Asian Studies, and visual cultures. 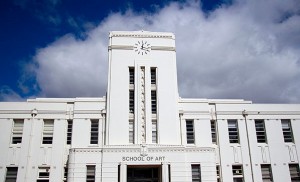